Heather’s eyes grew round as she stared at the sparkling diamond in the ring Dexter had just given her.

All her friends had laughed at her for going out with him. He was older than her father and had even less hair, but she always knew it would pay off in the end.

And now she had the ring.

“That’s bad,” she said, trying to sound cool and sophisticated.

“It is?” Dexter grabbed the ring from her, peered at it, then tossed it away. “That no-good, lying salesman! He promised me no one could tell it from the real thing.”
Posted by Pat Bertram at 6:30 PM 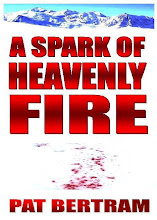 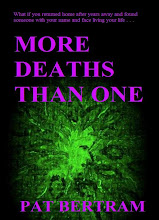